PH is a residential children’s home which provides the highest quality care and substitute parenting for up to five children who experience emotional and behavioural difficulties.

We take pride in the appearance of our homes, and ensure all of them are decorated to a standard that we would be happy for our own families to live in.

Children’s voices are heard and respected, we always ensure they feel empowered to make decisions in the running of the home where appropriate.

We work hard to ensure that children are happy and comfortable in their home, and that it is treated as exactly that, a home, not a unit.

Request a Statement of Purpose or Children's Guide 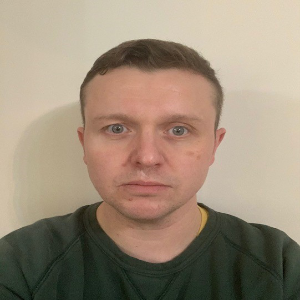 Darren has developed through various roles within residential care for children with numerous vulnerabilities and risks. His early career began in a solo placement specialising in problematic sexualised behaviour, then moved on to multi-bedded homes after taking on a senior position. This incorporated a therapeutic parenting model for children with attachment issues and adverse childhood experiences that had given rise to an array of emotional and behavioural difficulties. Here Darren then spent two years as a deputy manager, followed by another two years as the registered person. During this period he was responsible for promoting a trauma informed approach to caring for children with different complex needs, including child sexual exploitation, neglect, domestic violence, as well as helping children to develop and manage behaviours who have a diagnosis of ADHD, as well as Autism Spectrum Disorder. During his time as both deputy and manager, Darren has achieved both good and outstanding ratings in numerous OFSTED inspections. Darren holds his level 5 in Leadership and Management.

“It’s a credit to all involved running these houses. It’s nice to see the staff’s interactions with the kids. From an outside perspective it brings a smile to my face and i’d just like to mention it’s not unnoticed. I can only imagine its a challenging career.” – Contractor working on home

Have you got what it takes to join our team? If you are looking for a role at Compass Children’s Homes, please take a few minutes to look through our jobs page.

Here at Compass, we don’t just guide the way for our children and young people, we also want to see our teams thrive and help them to grow and develop in their careers.

Read More
﻿
We use cookies to ensure the best experience on our website and for analytical purposes. By clicking "accept", you agree to us using these cookies.Accept